A windy walk in the Lincolnshire Wolds

Hello. I've had a smashing day out with my walking buddies, Paul and Paul. It was my turn to drive,  pick the route, and lead the walk, and I chose a ten mile walk starting at Nettleton near Caistor in the Lincolnshire Wolds. I have done this one before, and wanted to make a return visit to the Old Rectory at Claxby.
Just as we were getting ready this morning it all went black and the rain was blowing sideways. It didn't look too promising so I texted Paul, and rang the other Paul, should we give it a go or would it be best to abandon the idea. We decided to go for it. We parked at Nettleton at about 10.50am and set off down the Viking Way. The path passes a farm gate and this notice caught our eye, and gave us a chuckle. 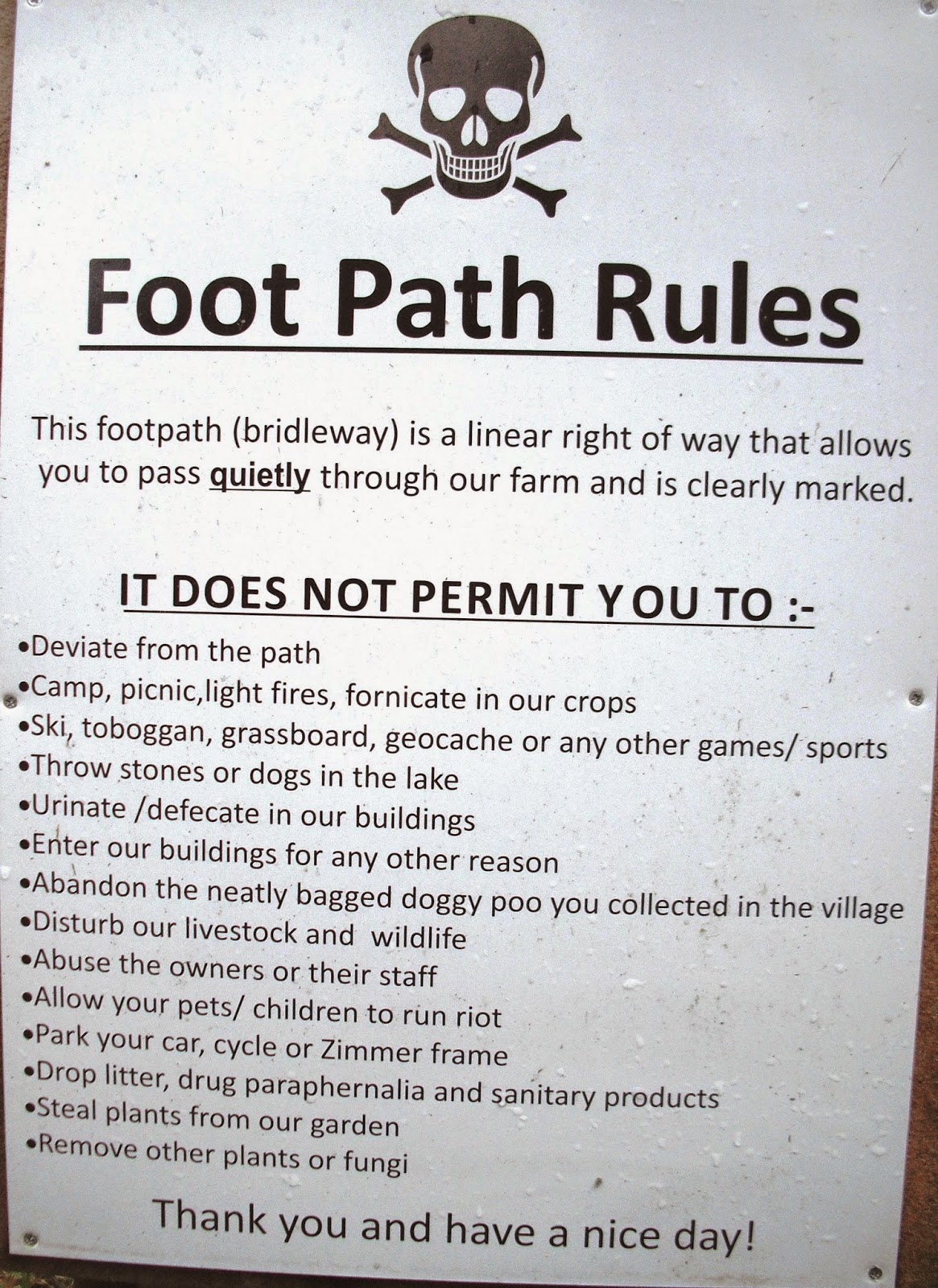 The path follows Nettleton Beck for a mile or two, It goes past the old chalk quarry, and crosses a wide track. Several 4x4 vehicles were parked there, and men with guns and dogs were setting off to go and blast some poor defenceless pheasants out of the sky. The beaters were behind the trees down there, where we have just walked past. 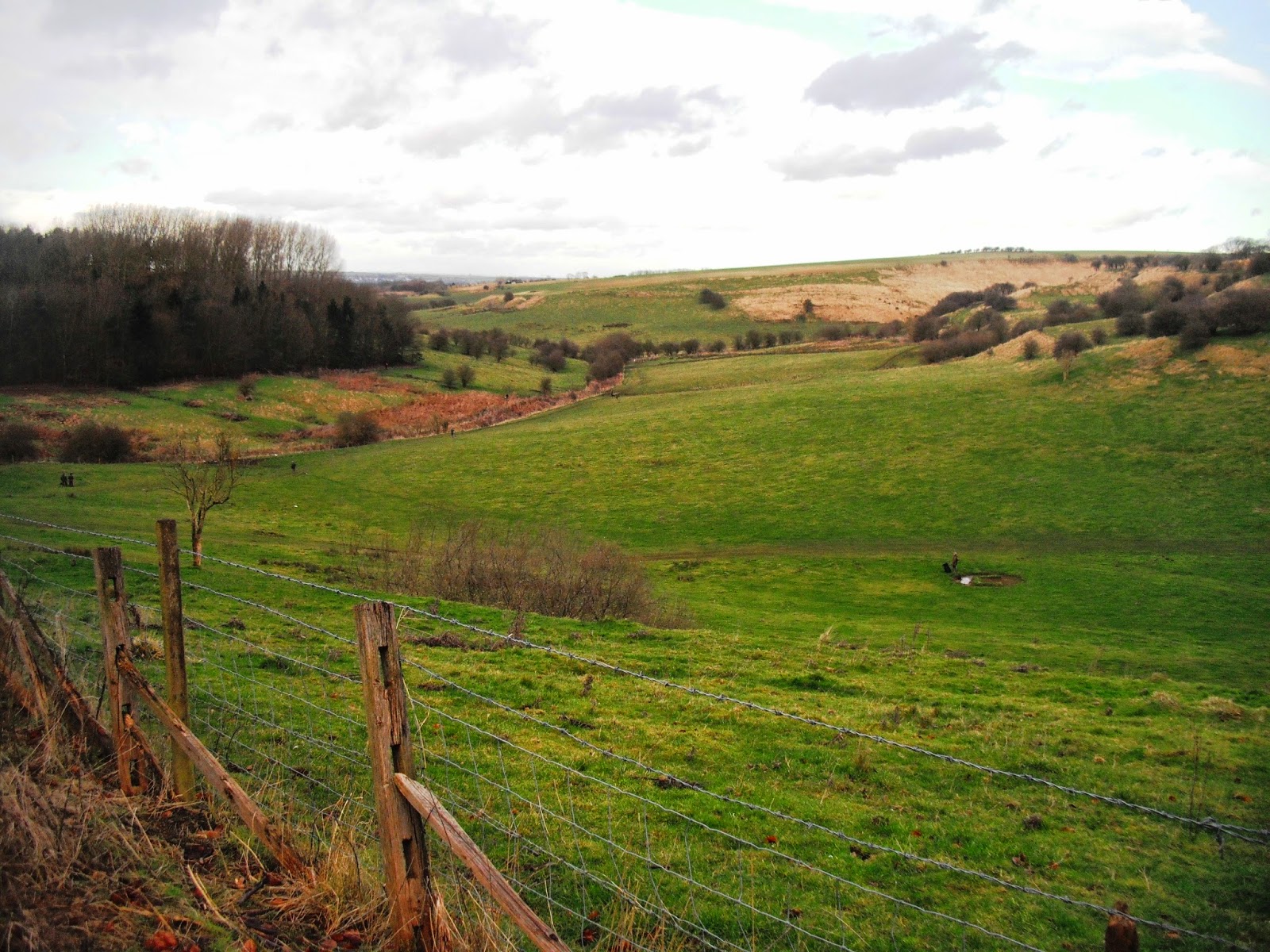 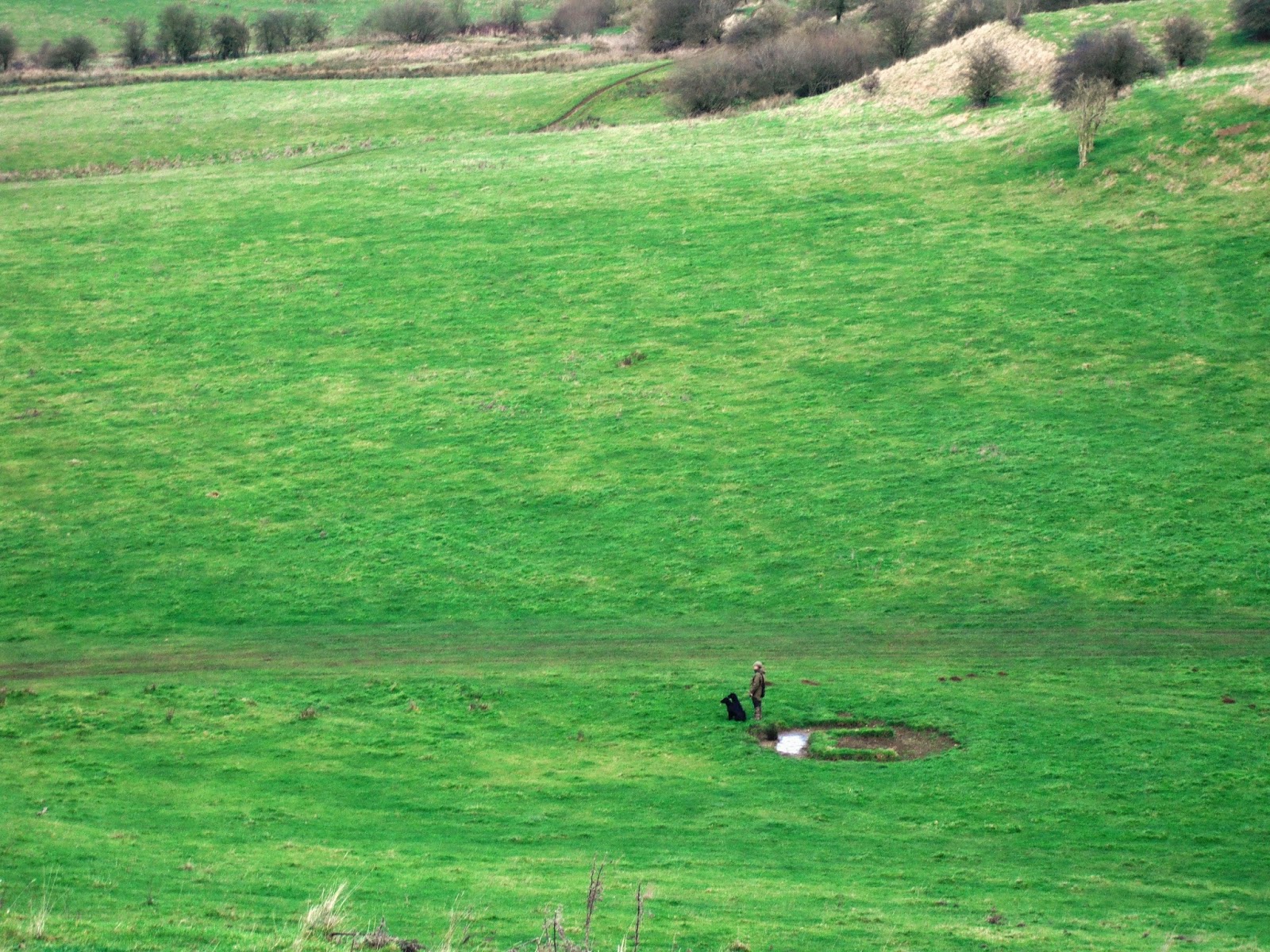 We arrived in Normanby le Wold to find the church door unlocked so we could sit inside and eat our lunch. It was a bit too gloomy for me, and I found a bench against the wall in the sunshine. It was nice and sheltered from the wind. 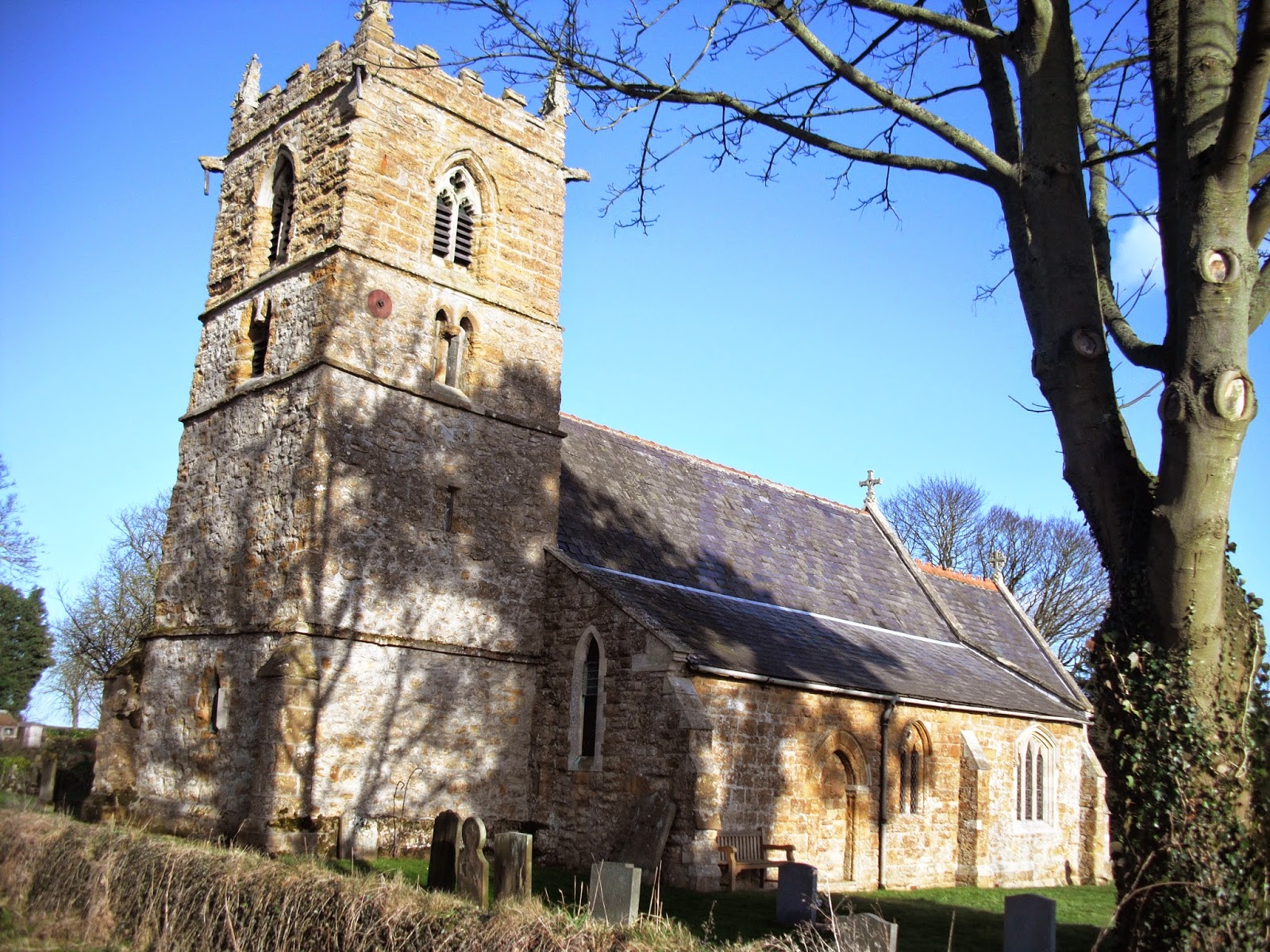 It was a short walk to Claxby, and we made straight for the church where the Old Rectory is behind it. And here it is. If you have been reading my blog for a long time, you will remember I did a post about this building, it was abandoned left to be swallowed up by the creeping ivy and overgrown bushes. I am sad to say, it is still in the same condition, one year and five months later. Such a beautiful building, such a shame. 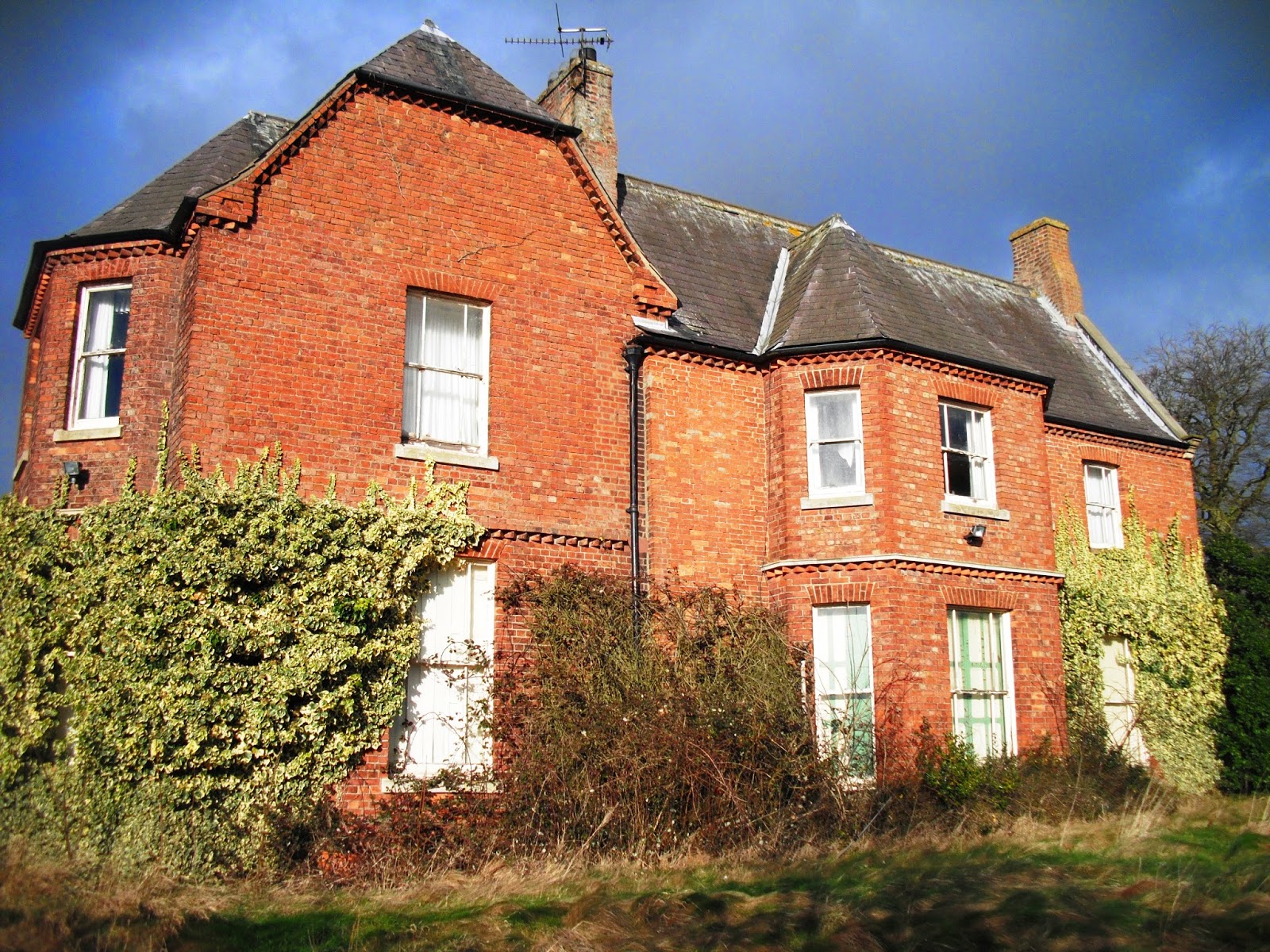 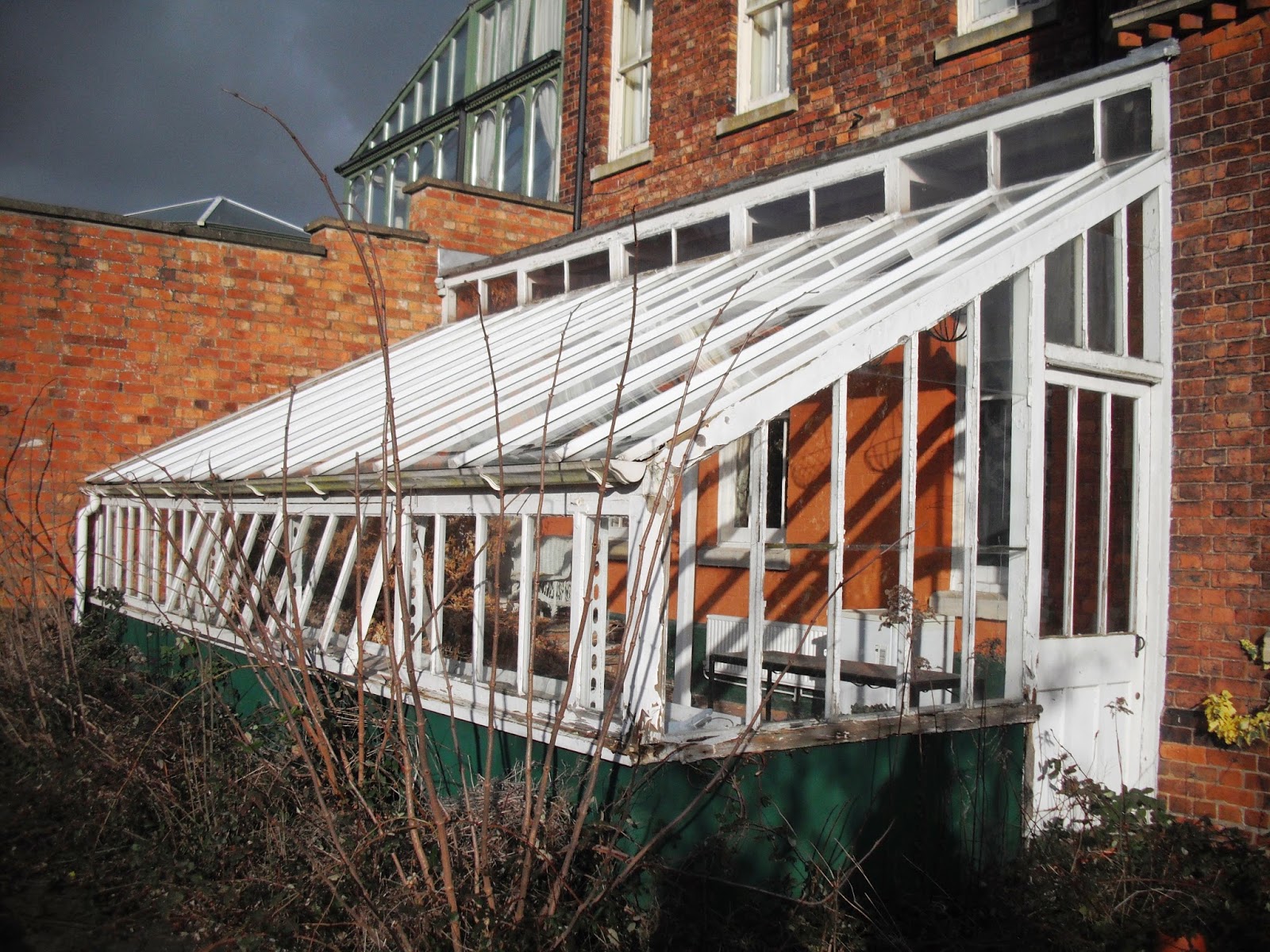 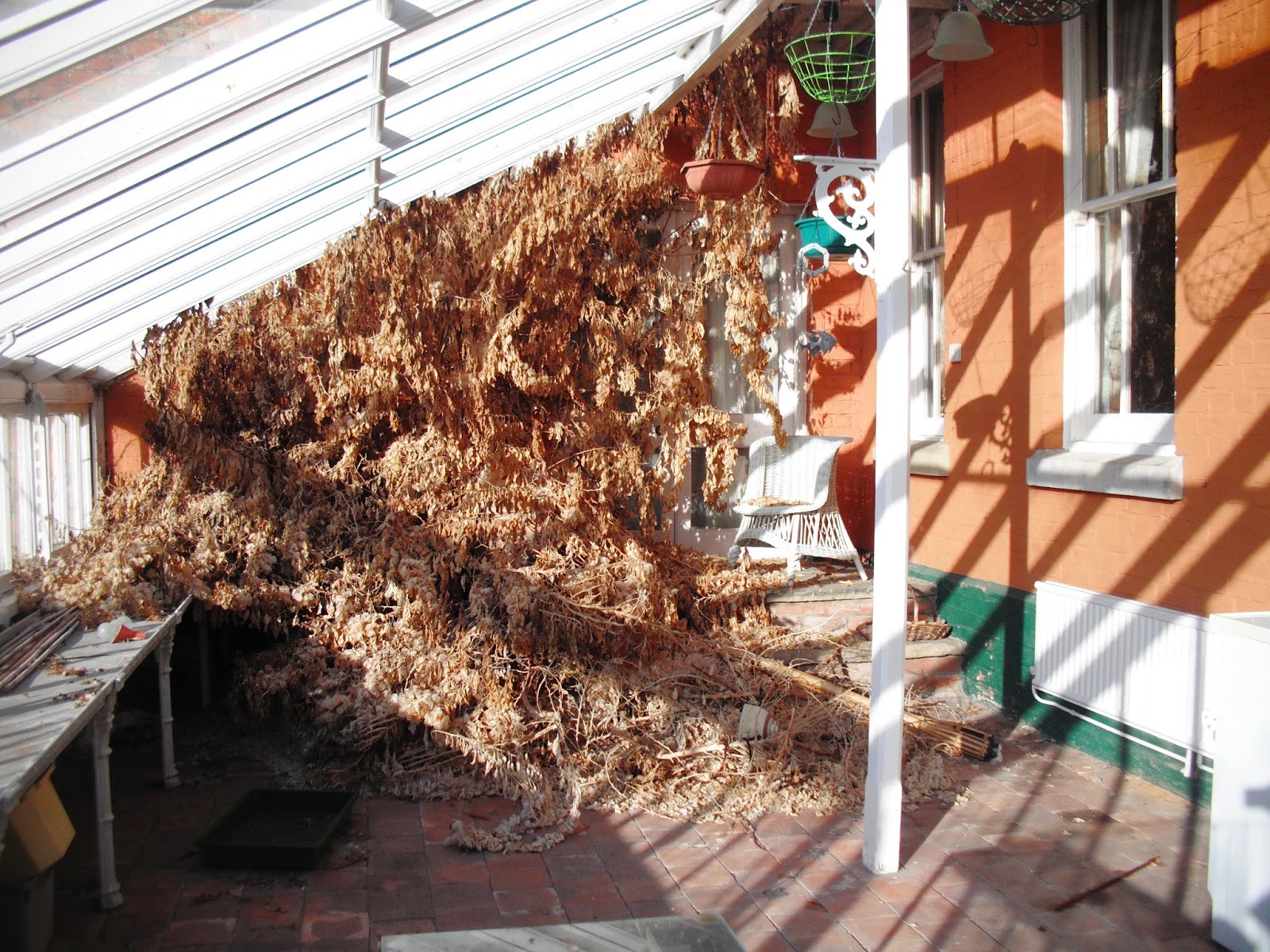 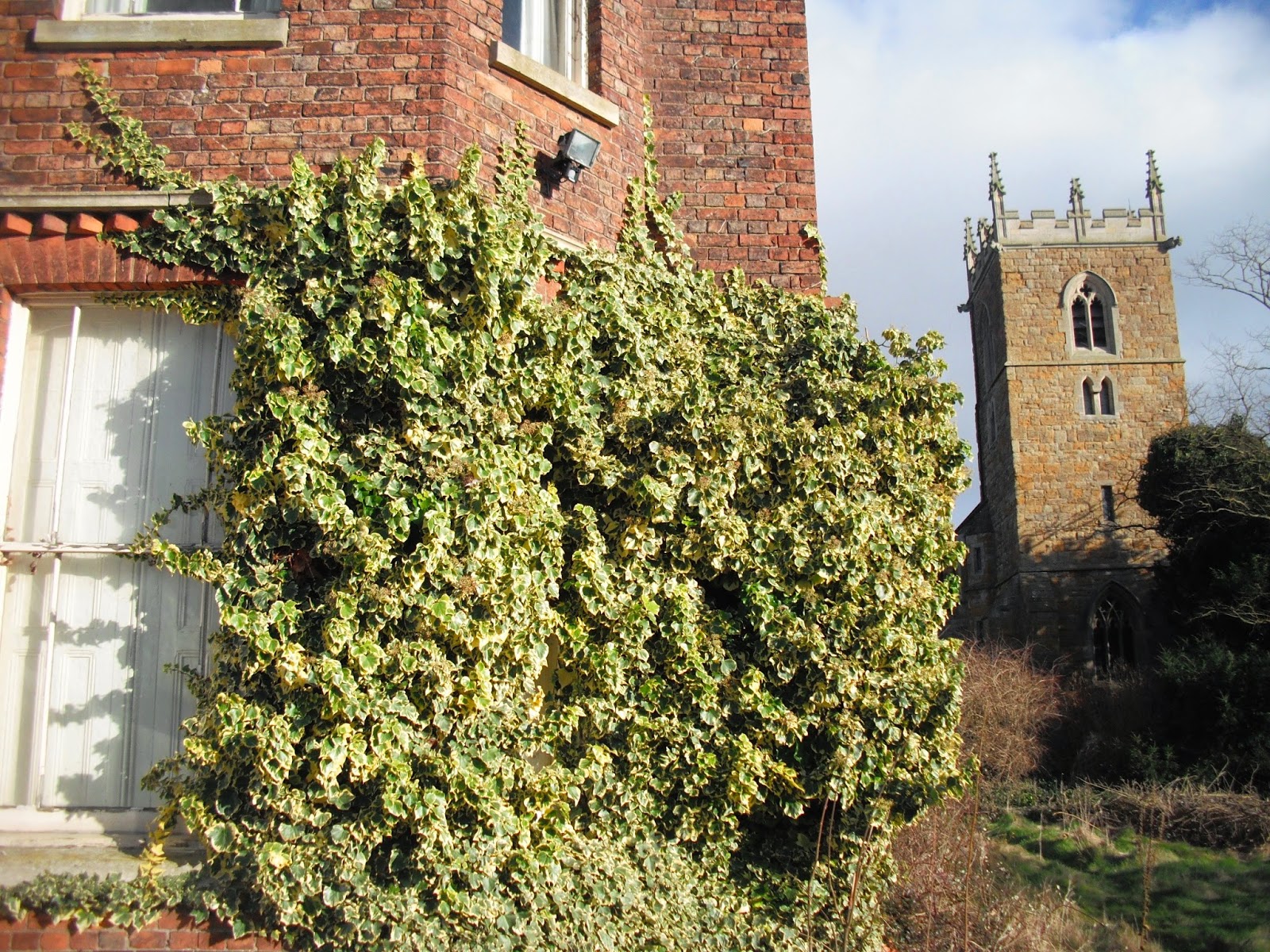 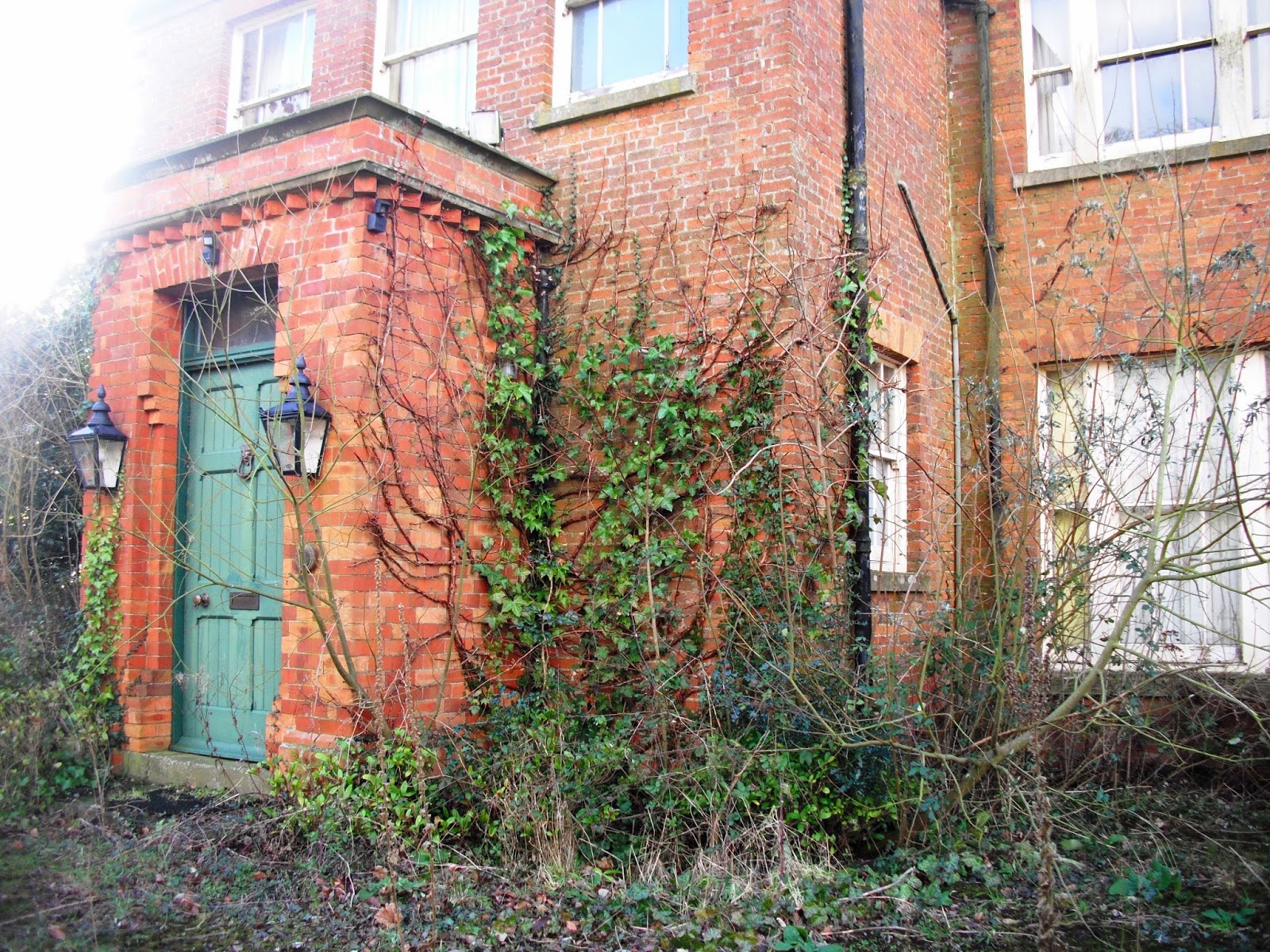 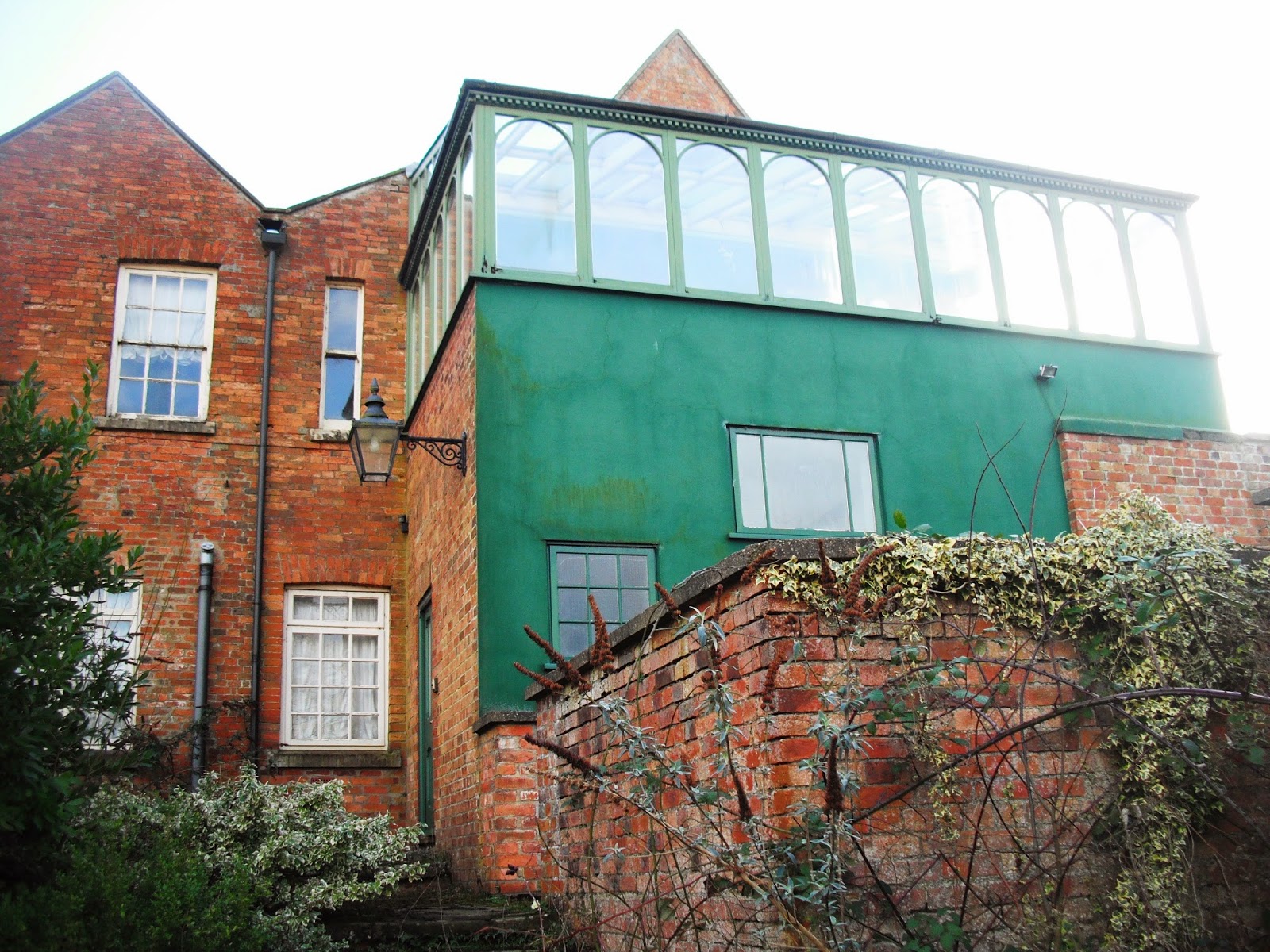 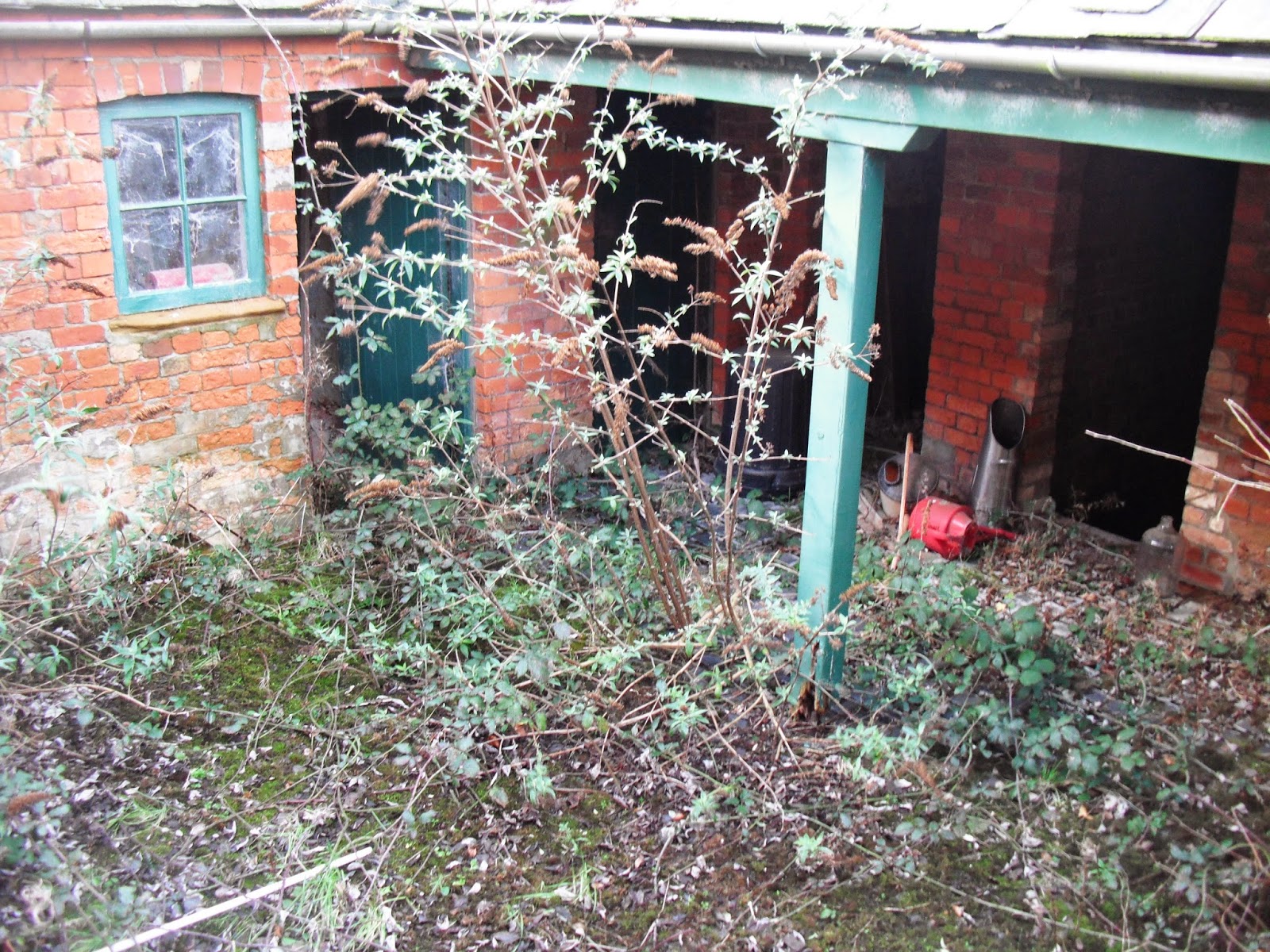 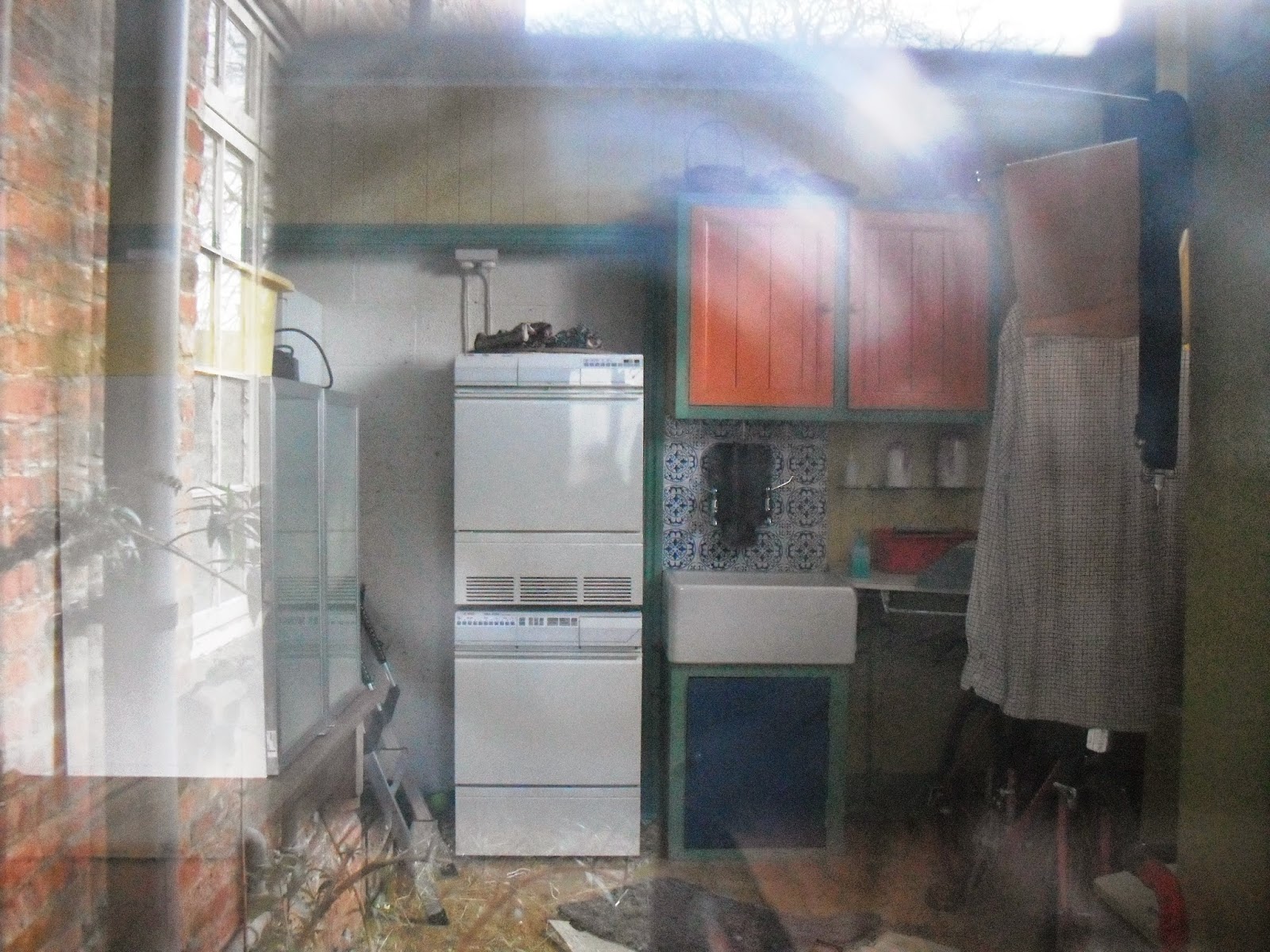 If you want to read the post from the 12th of August 2013, it's here. You will see that someone who was a gardener there a long time ago read it and put a comment on it. It really does need someone to come along and look after it.
We headed north out of Claxby on Pelham Road, and took a path along the bottom of the hill back to Nettleton, joining the main A46 for the last half mile. Mostly it was along the edges of fields, which were very muddy in places. Paul, the one on the left, likes to go wading straight through the mud whereas I like to try and skirt round it a bit. When you put your foot down you don't know how far you are going to sink into it. 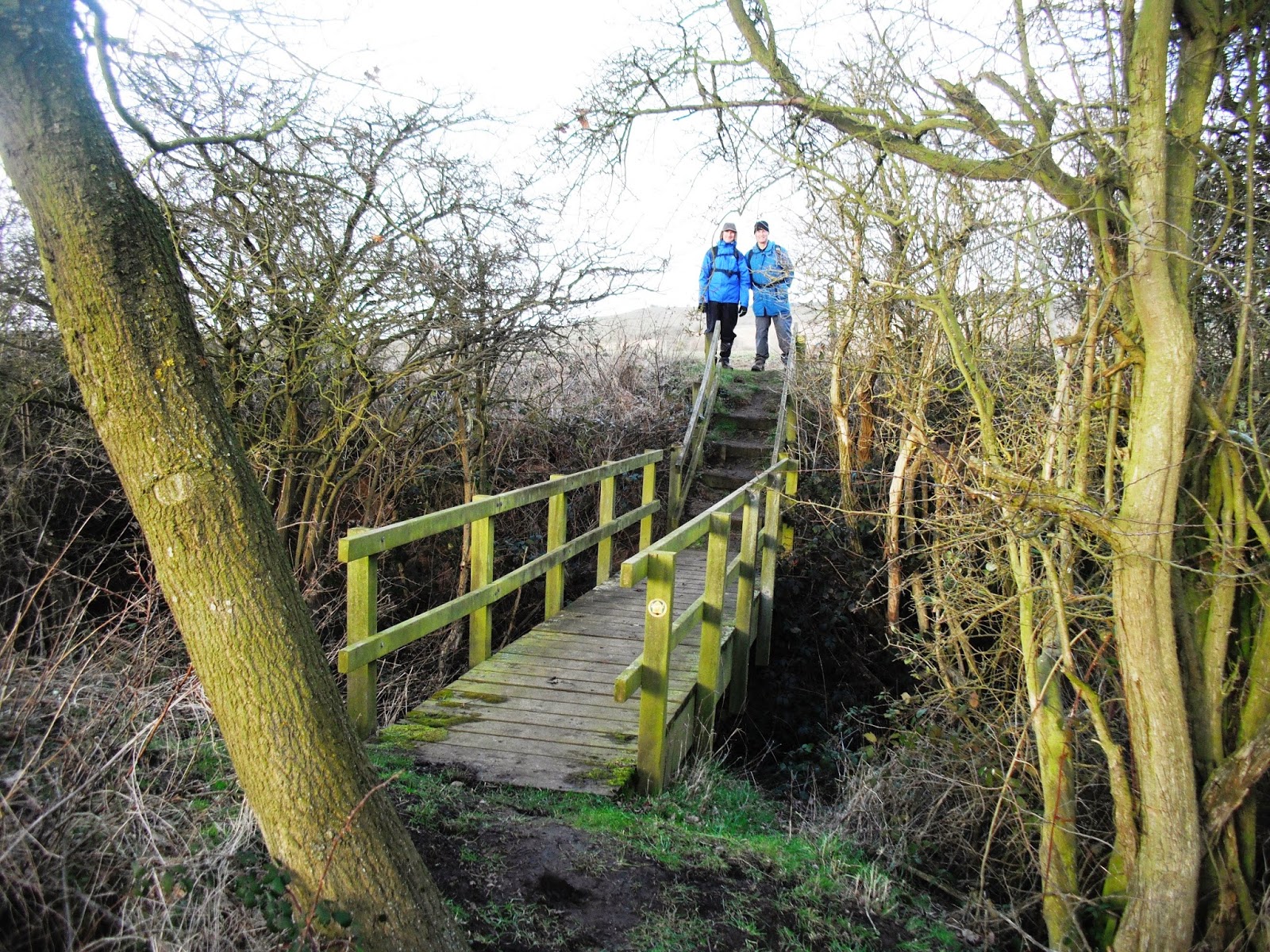 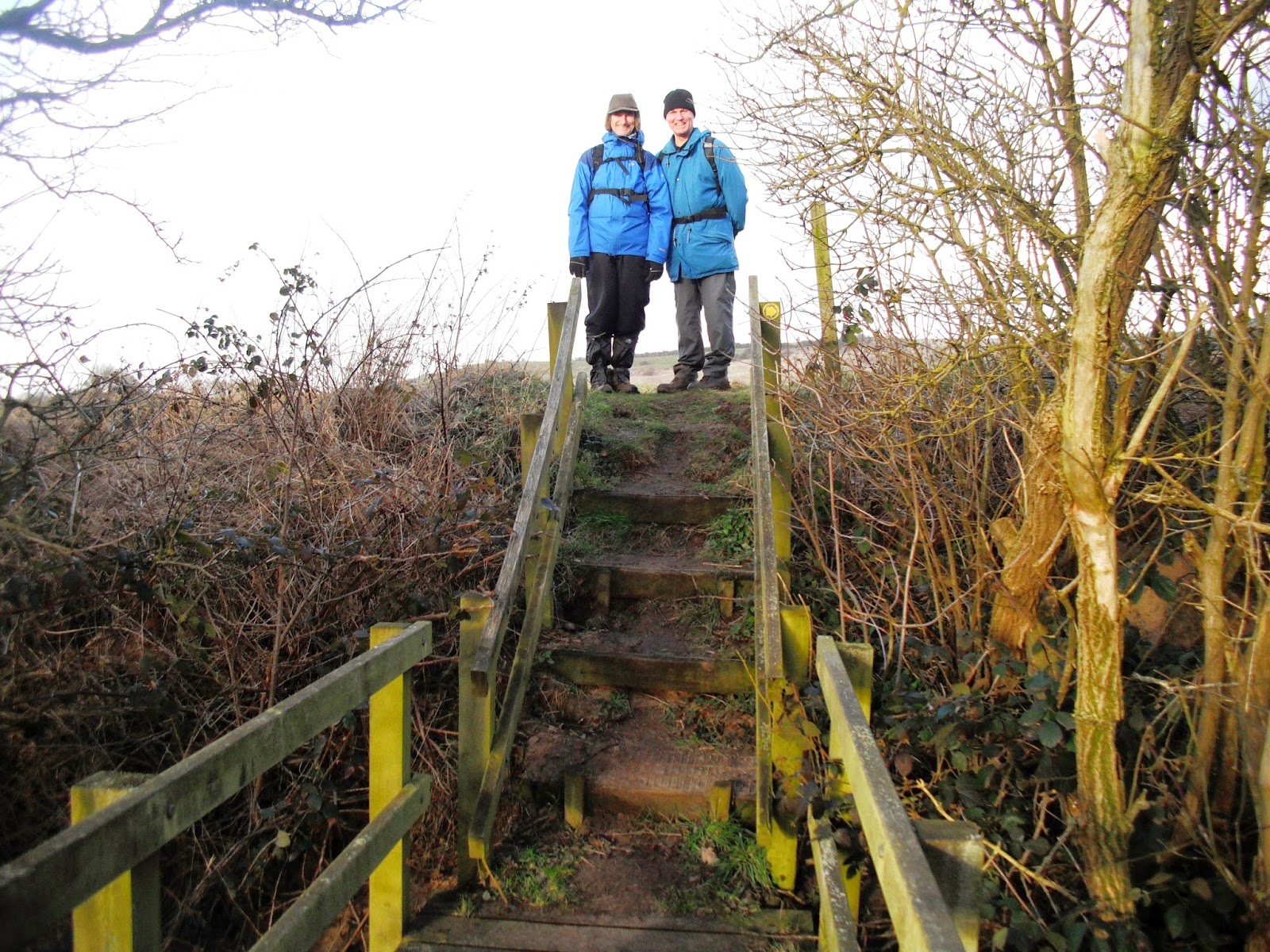 We were well wrapped up against the wind, and got back to the car at 3.50pm. An exhilarating ten mile walk, I shall sleep well tonight. 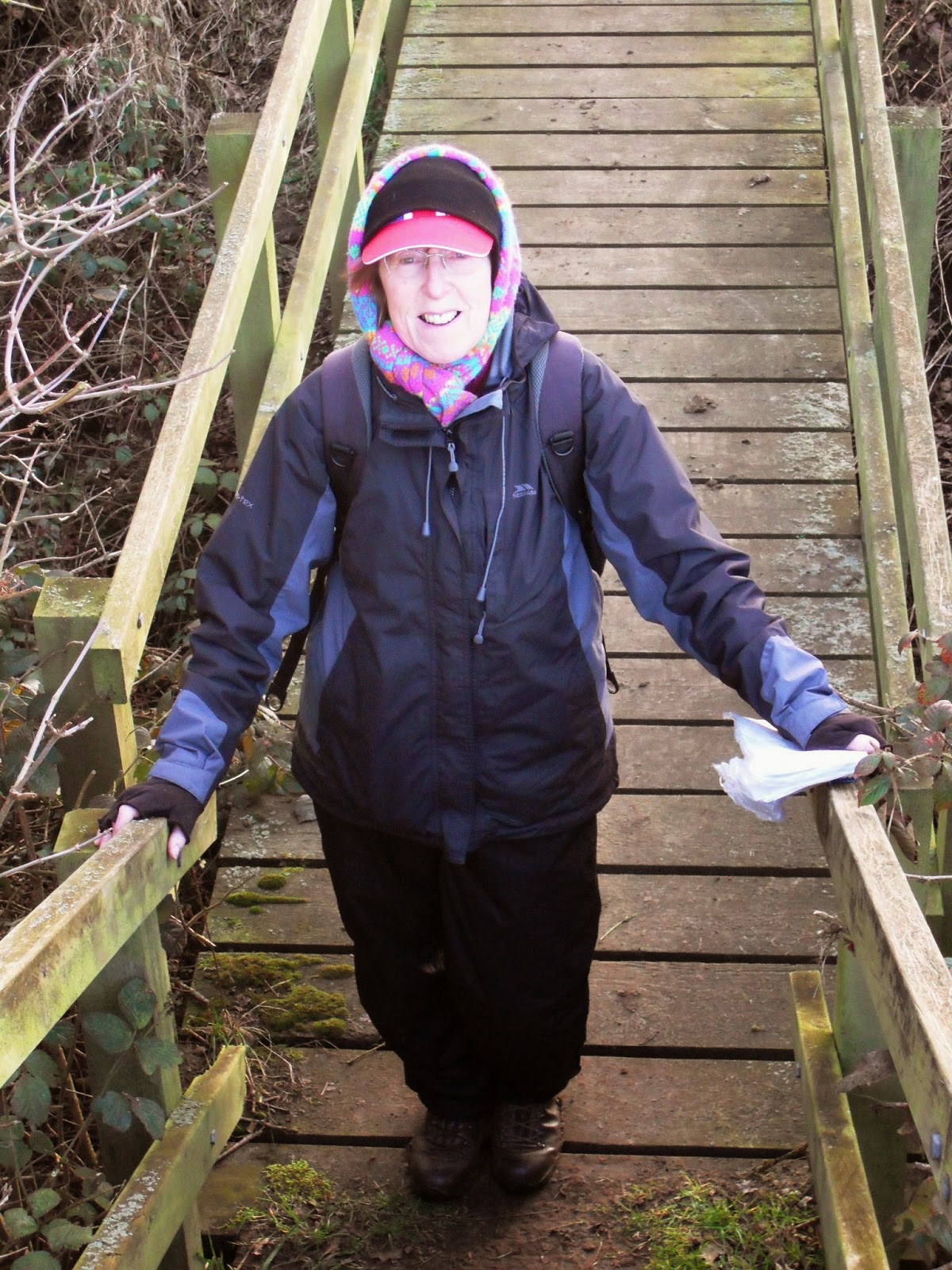